Mike Bradner, who passed away in February 2021, is a former Speaker of the House (1975-76) and 10-year member of the State House of Representatives (1966-1976) representing Fairbanks. Since 1976 Mike has published Legislative Digest and done consulting work. During his legislature tenure Mike was instrumental in development of state and local revenue-sharing, state petroleum tax and pipeline regulation policy developed in the 1970s, and the Alaska Permanent Fund, created in 1976 when Mike was Speaker of the House. Upon leaving the Legislature, Mike worked with Northwest Energy on the Alaska Highway natural gas pipeline project and on projects related to value-added processing of state royalty crude oil. Mike lives in Anchorage now.

Tim Bradner has been writing about Alaska natural resources projects since 1966 and was a lobbyist before the state Legislature for BP and Standard Oil of Ohio from 1972 to 1984, when he left to attend graduate school. Since returning to Alaska in 1986, Tim has worked with Mike on Legislative Digest and its sister publication, Alaska Economic Report, as well as writing for other publications, such as the Alaska Journal of Commerce.

During his tenure with BP, Tim was instrumental in enactment of several state policy changes including a major revision in state oil and gas leasing policy and passages of state law revisions relating to the confidentiality of well exploration data.

Since leaving BP Tim has specialized in writing about petroleum and minerals development, state fiscal policy and Alaska economic development issues. One of Tim’s publications is a 50-year history of the Alaska Oil and Gas Conservation Commission, which documents important events in the history of Alaska’s petroleum industry including the discovery of the Prudhoe Bay oil field on the North Slope. It is “50th anniversary of AOGCC” available at “What’s new” on the Alaska Oil and Gas Conservation Commission website, at http://doa.alaska.gov/ogc/ 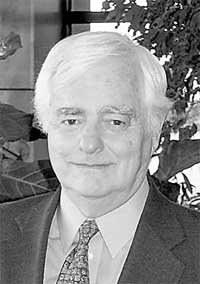 Tim Bradner has been writing on Alaska natural resource development since
1966. His work appears in several Alaska newspapers. From 1970 to 1984
Bradner worked with a major North Slope oil and gas producing company.

Bradner’s Alaska Legislative Digest is published weekly during the annual session of the Alaska State Legislature, from January through April, with periodic updates during the interim between sessions.

The annual subscription price for the Legislative Digest is $575.00

The Alaska Economic Report is published twice-monthly with our analyses of economic trends and reports on Alaska business and industry developments.

The annual subscription price for the Alaska Economic Report is $520.00